The original concept of Khabarovsk airport created by WP I ARC in 2015 proposed one terminal for both domestic and international routes. Over the course of project development due to the economic reasons, the decision was made to split the construction into two phases. The first terminal for domestic routes with the capacity of 1200 passengers/ hour is nearly finished and the opening is scheduled in Fall 2019. The second terminal for international routes with the capacity of 700 passengers/ hour is planned to be constructed as a second phase.

In order to preserve the original concept of “Amour wave” and the complex unity, WP I ARC made a project proposal of terminals’ visual connection in two variants: by making the unified canopy along the main facade, and by adding the decorative element made of lamellae. The concept was accompanied by hardscape elements and landscape on the terminal square. 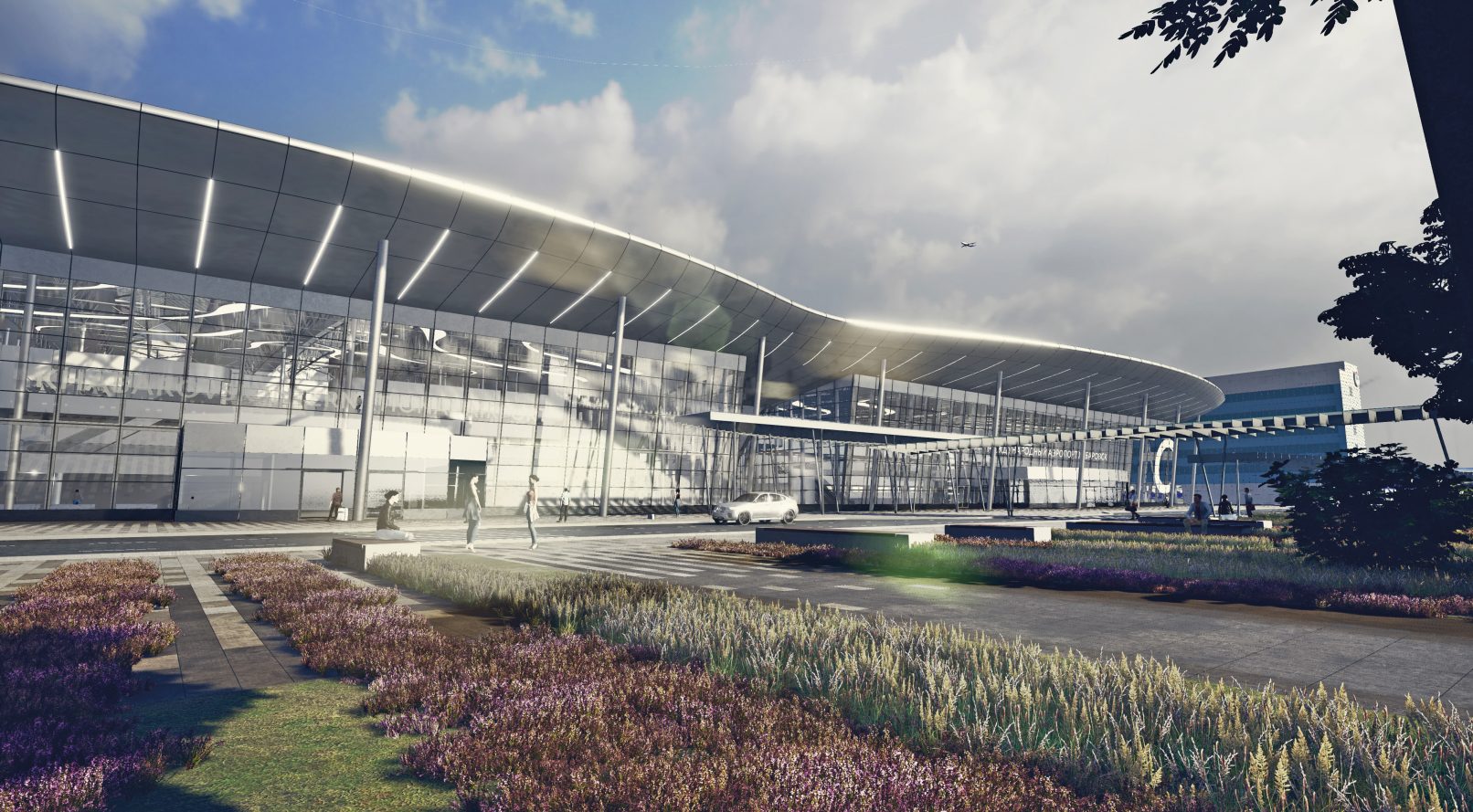 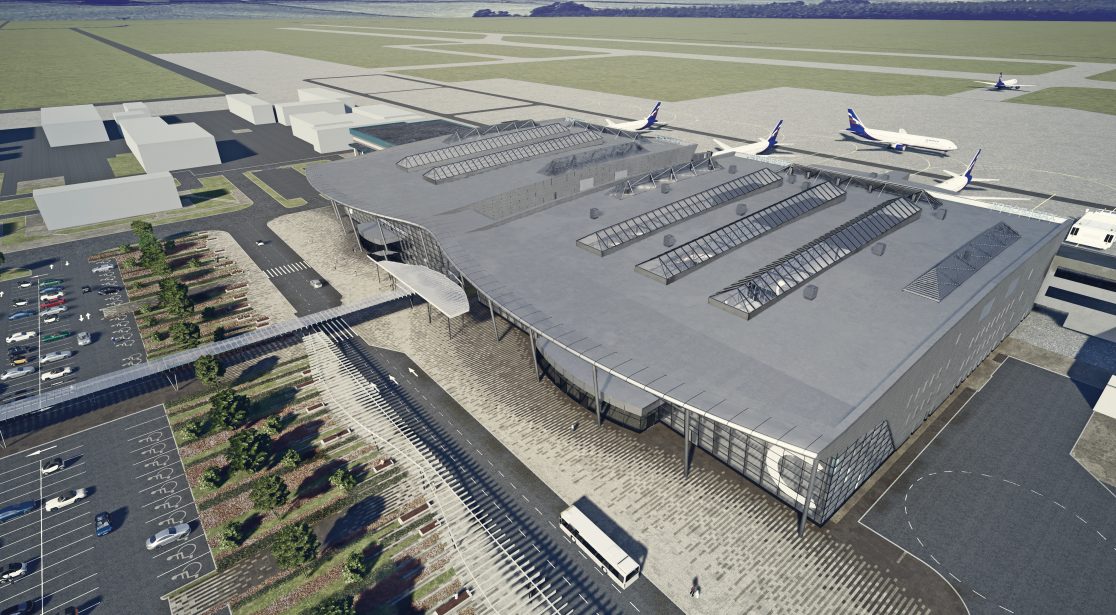 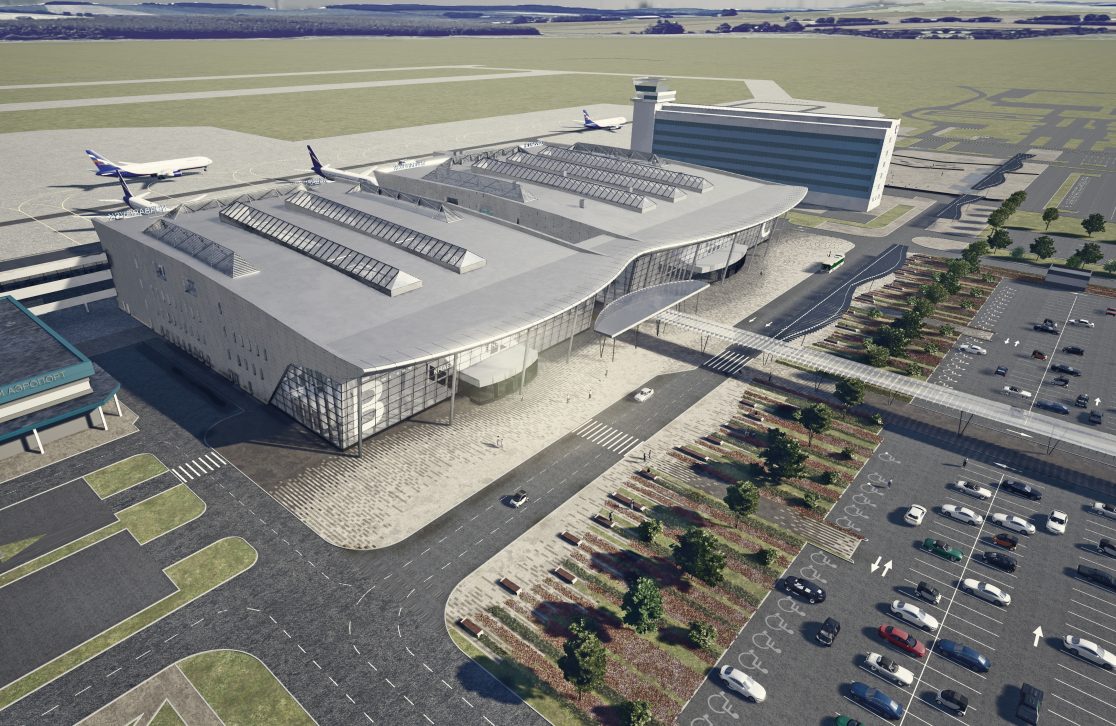 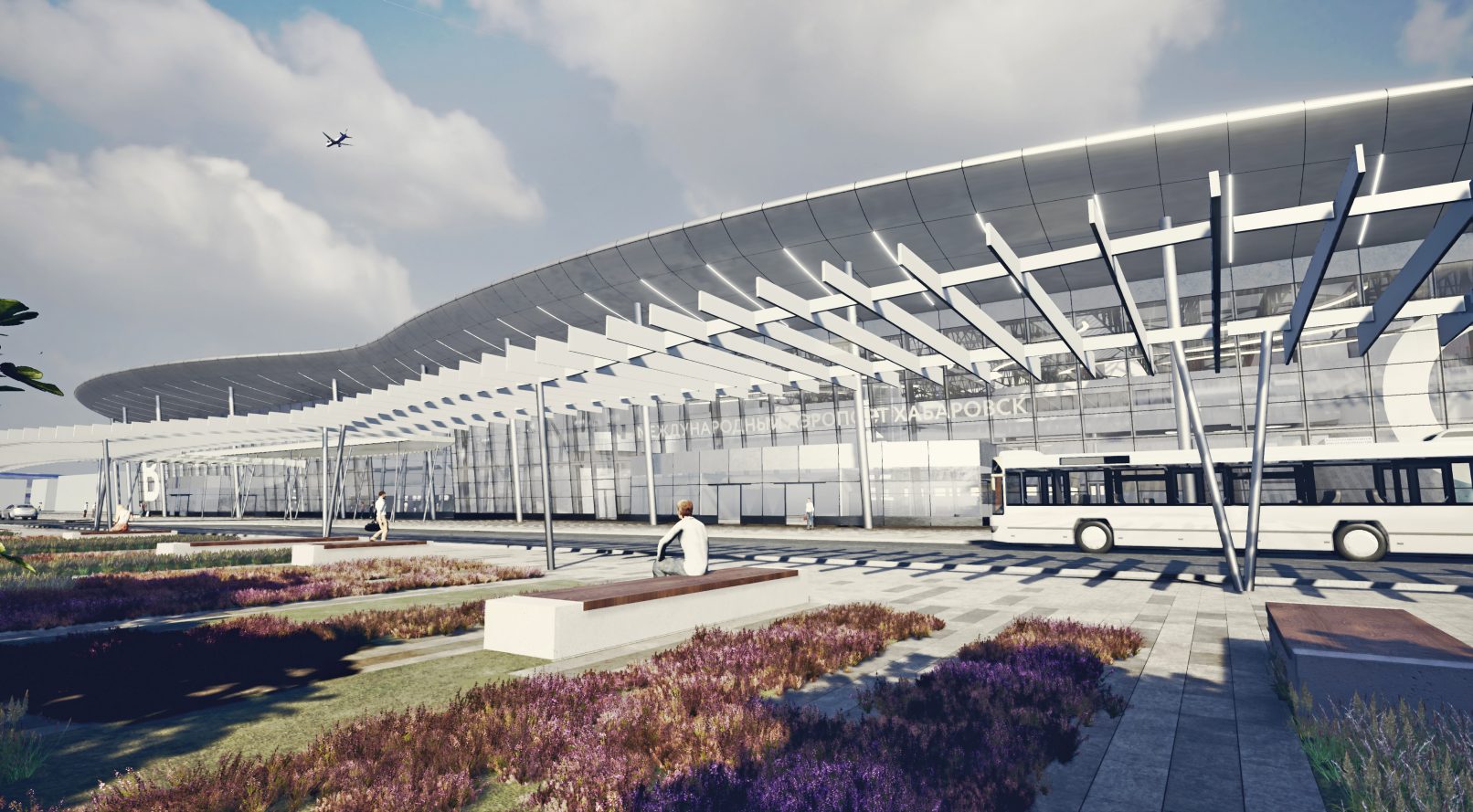 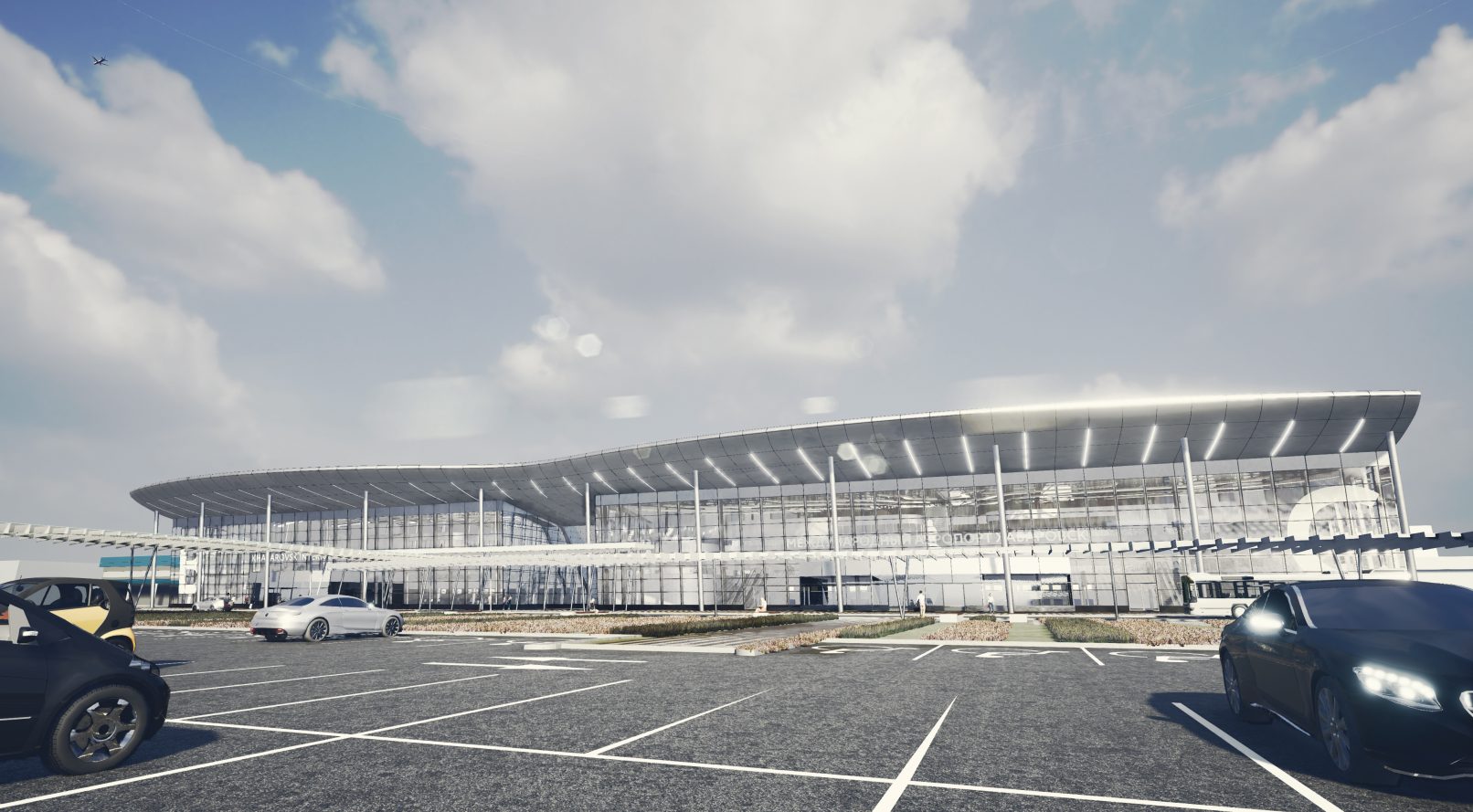 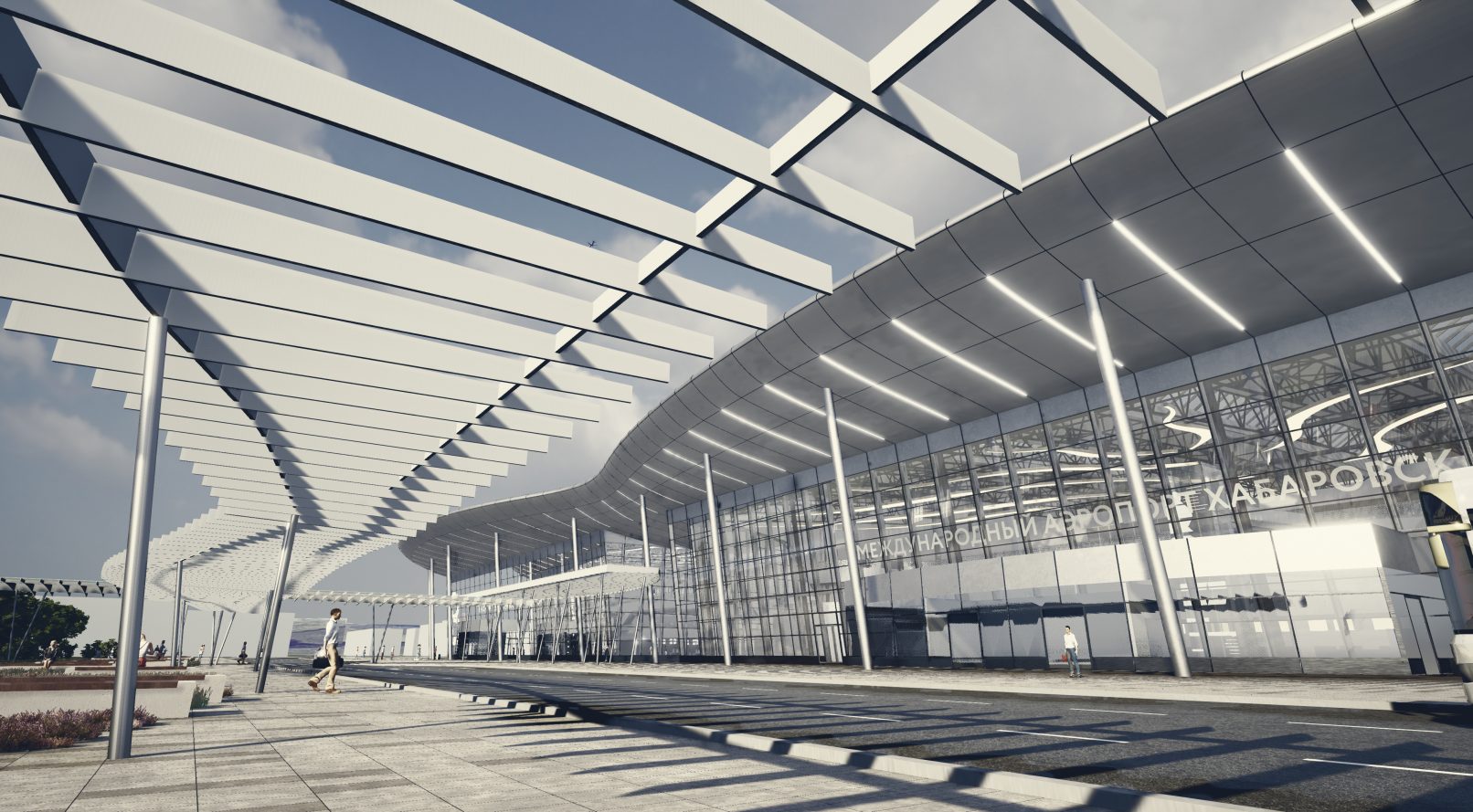