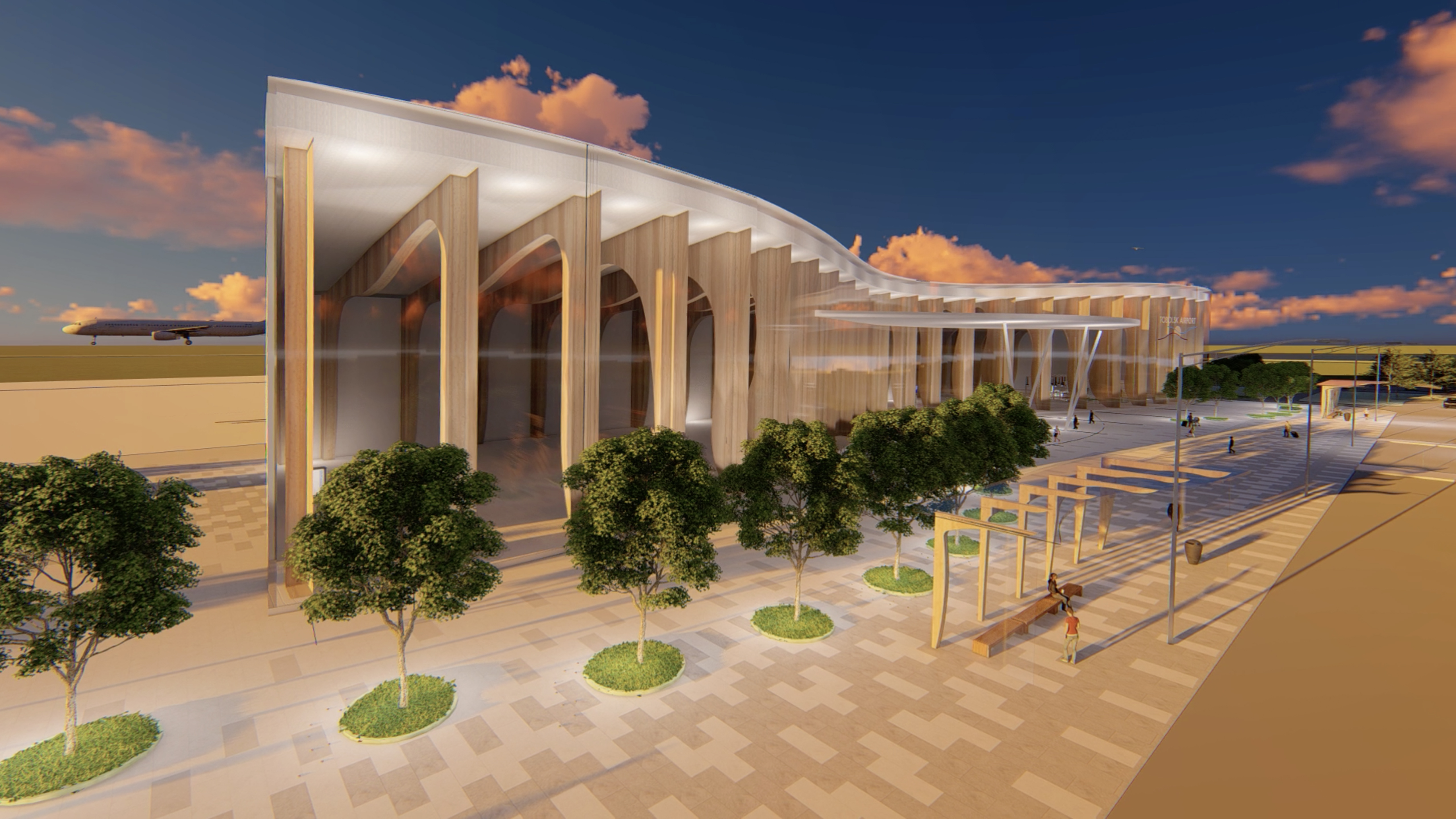 WP I ARC took part in a competition on the Tobol’sk airport architectural concept. The city is located in the heart of Siberia in the picturesque area where two rivers Tobol and Irtish confluence. The designed airport is planned for the domestic airlines with passenger traffic of 300 pass/ hour (1,3 million pass/year). At the moment, the closest airport is located 250 km away in Tyumen, which does not contribute to the progressive development of Tobol’sk as a city with the industrial base and great tourism potential.

The architectural concept seeks to emphasize the city identity by means of a curved form of the facade that represents the rivers confluence character, and by using constructions of laminated wood, that strengthen the feeling of the natural environment. The project proposal suggests minimalistic architecture, clear planning organization, and integration to the surrounded context.

Special attention is paid to the landside area, organized as a public space with a green zone in the central part and parking, taxi-pool, and bus stops on the edges.