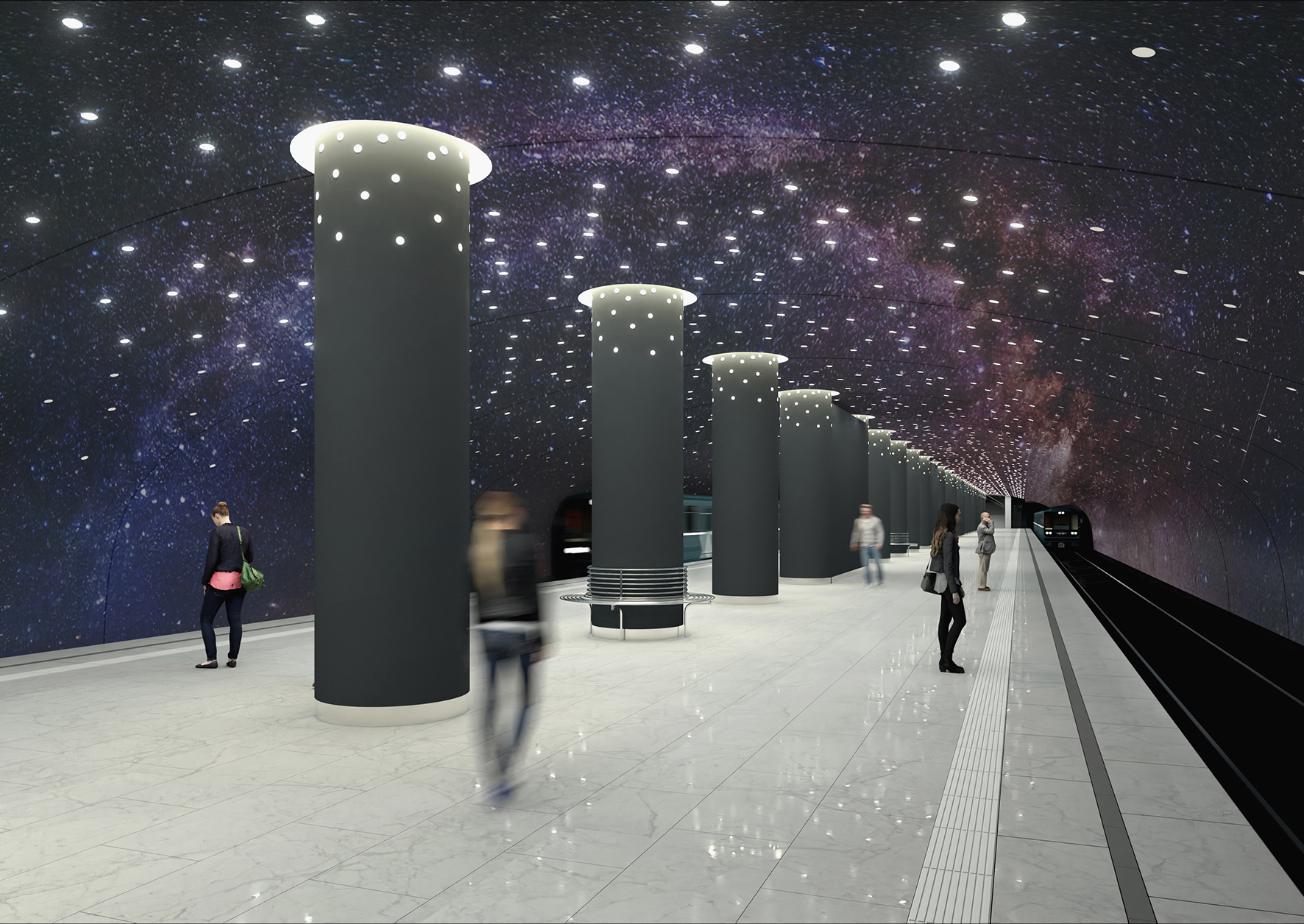 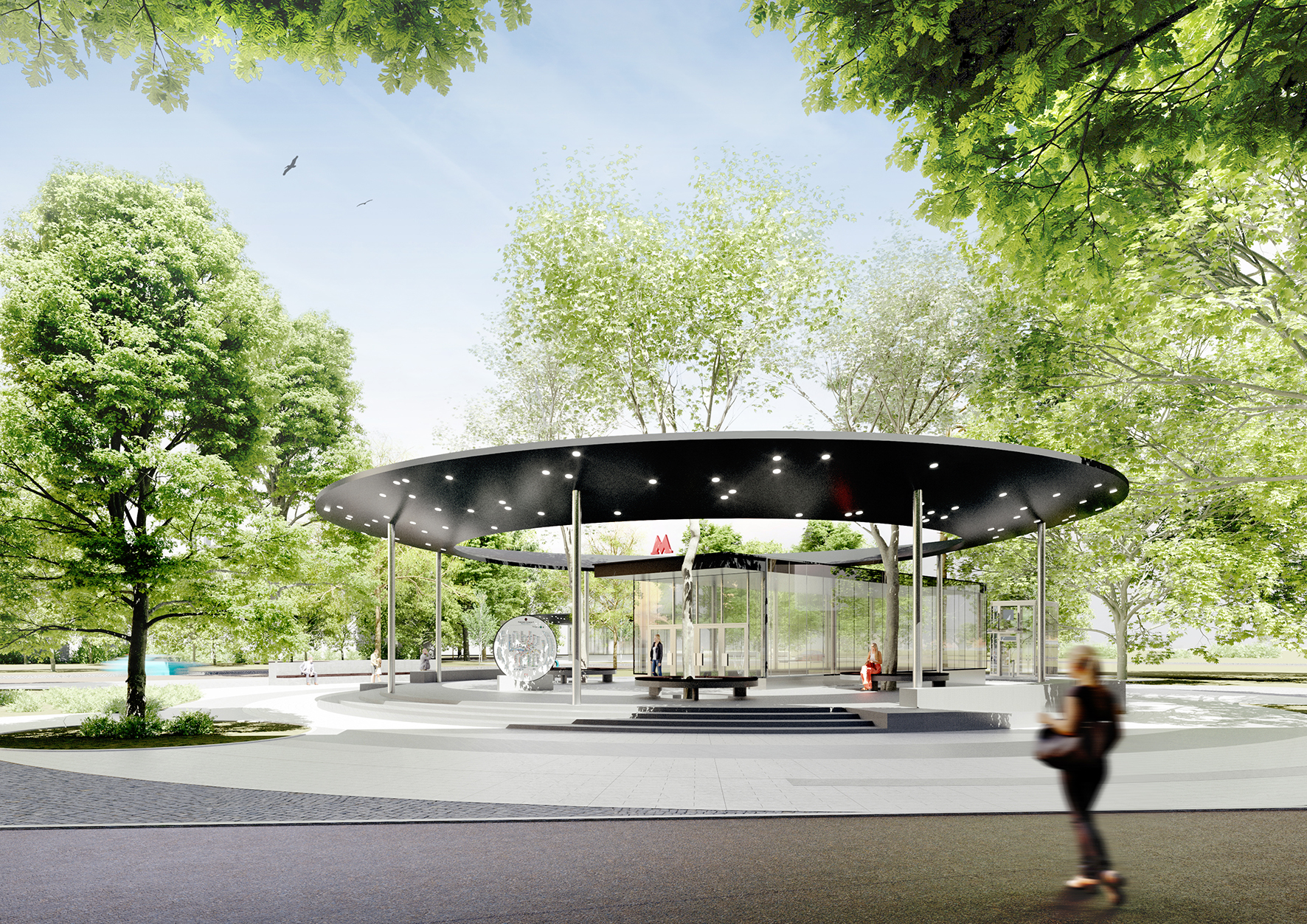 In May 2020 we participated in the international metro station design competition in the consortium with the Russian bureau Vozduh. Despite strong competition, we made it into the final along with such an honored studio as „Zaha Hadid Architects“, „Blank Architects“, „Bureau Krupniy Plan“, and „ABTB“.
Moscow metro is one of three world leaders in terms of construction temps. Starting in 2011, there were 48 new metro stations built. Within the consortium WPIARC & Vozduh we were working on the concept for the Klenoviy bulvar-2 station that is planned to be open in 2025.
Metro is a place where passengers usually run, hurry, and bustle. The competition time frame coincided with the world lockdowns’ period what gave the opportunity to reconsider the usual pace of life, pause to think, and focus on what is important. While creating the concept we wanted to make it possible to pause and feel that there is something beyond immediate tasks and there are things existing next to us that we don’t see.
Due to light pollution, there are no visible stars in the big city. Whilst the starry sky is one of the most beautiful natural phenomena that for centuries less industrial civilizations were able to observe. The sky has always been a coordinate system, and inspiration, and a dream. But it is not available for citizens of the modern metropolis.
The design is based on visual contrast and intended to create a wow-effect while entering the platform. The dark arched ceiling and spotlights create effects of a “starry sky” and space diving. Minimalist decor allows focusing on the impression instead of visual intensity. In lobbies spotlights arranged in constellations forms as maps of the Northern and Southern sky. Color accents of lobbies are provided by wall panels with a “polar light” pattern. The overall color spectrum is aligned with respect to the Klenoviy bulvar-1. As a new name, we proposed “Zvezdniy Park” (Star park) or “Voznesenskaya” (Ascension).