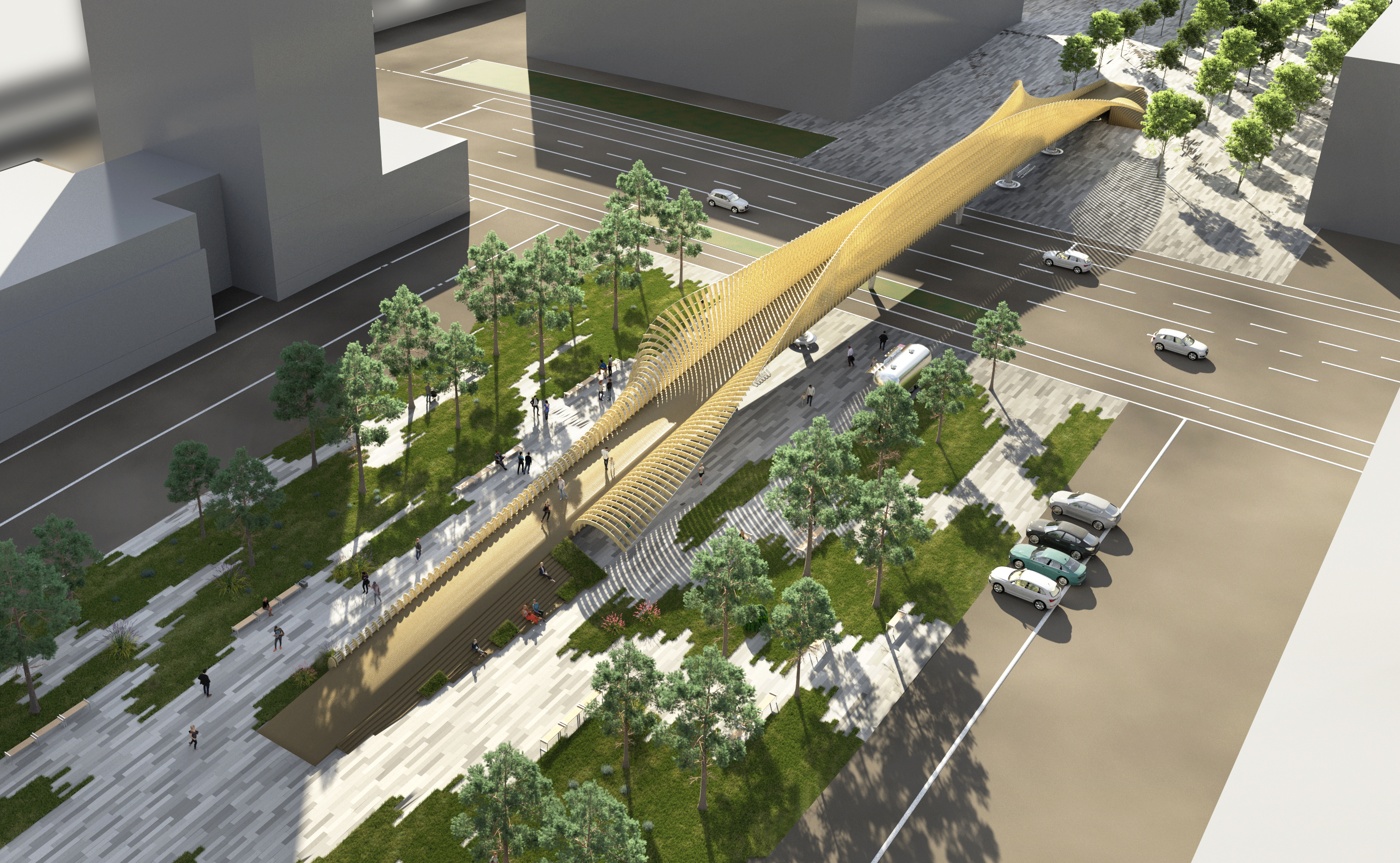 As part of the cooperation with Moscow Architecture University (MARHI), WP | ARC developed a concept for the development scenario of the former EXPO 2000 site. The concept proposed scenarios for the new use of the existing areas, the settlement of new and the expansion of existing functions as well as the change of the traffic scheme and the improvement of pedestrian connections. One of the most important points of the concept is a pedestrian bridge that connects two parts of the site, which are currently separated by a street. Bridge should be able to absorb the pedestrian flows and at the same time offer a place to stay. The bridge structure consists of 3 sections: a central one and two lateral ones. From a structural point of view, the middle section consists of a combination of linear and spatial beams. This gives the design across the street its closed and at the same time transparent character. Towards the sides, the shape opens up increasingly and becomes a linear support in terms of construction. The “opening” or unfolding of the form becomes a shape-generating element. The smooth transition is achieved through the shaping of the wooden slats. The side parts offer terraced seating