Reconstruction of the airport terminal in the resort area

In April-May 2021, WP | ARC has developed a concept for the reconstruction of an inactive airport terminal. In accordance with the small initial passenger traffic, a functional diagram of a single-level terminal was proposed with the possibility of flexible use of space depending on seasonal fluctuations in the number of passengers. Small areas of the “core” of the terminal can be expanded by opening summer terraces and fenced areas by almost 2 times. There is also a possibility of expansion in case of an increase in the passenger traffic of regular flights.

An architectural concept of the terminal is presented in three versions. Version1 is characterized by dynamic, sharp-angled shapes with the use of modern materials. The artistic image of the terminal building is formed by the folded outline of the roof structure with the dynamic development of the slopes of the folded structure. The expressiveness of the structure can be traced both outside and inside the building. Changing the silhouette of the lantern creates a dynamic play of light and shadow in the interior.

In version 2 the architectural elements of the arch are used. This is due to the use of arched structures typical of the existing building and the “resort architecture” of the region as a whole. Combinations of several different rhythms and sizes of arched spans together with a pergola and a terrace on the roof from the side of the station square create the atmosphere of a “southern” airport and associations with holidays, summer, and a sunny day.

In version 3, the outer walls and roof of the existing building with arches are preserved or restored to their original form. On both sides, wings are attached to it with arrival and departure sectors located in them. The wings are made of glass with offset printing applied to it in the form of lines of varying thickness, forming arched motifs, similar in size and proportion to the arches of the existing building. This solution, along with the architectural and artistic function, contributes to the optimization of the climatic conditions in the building (sun protection, glare protection). 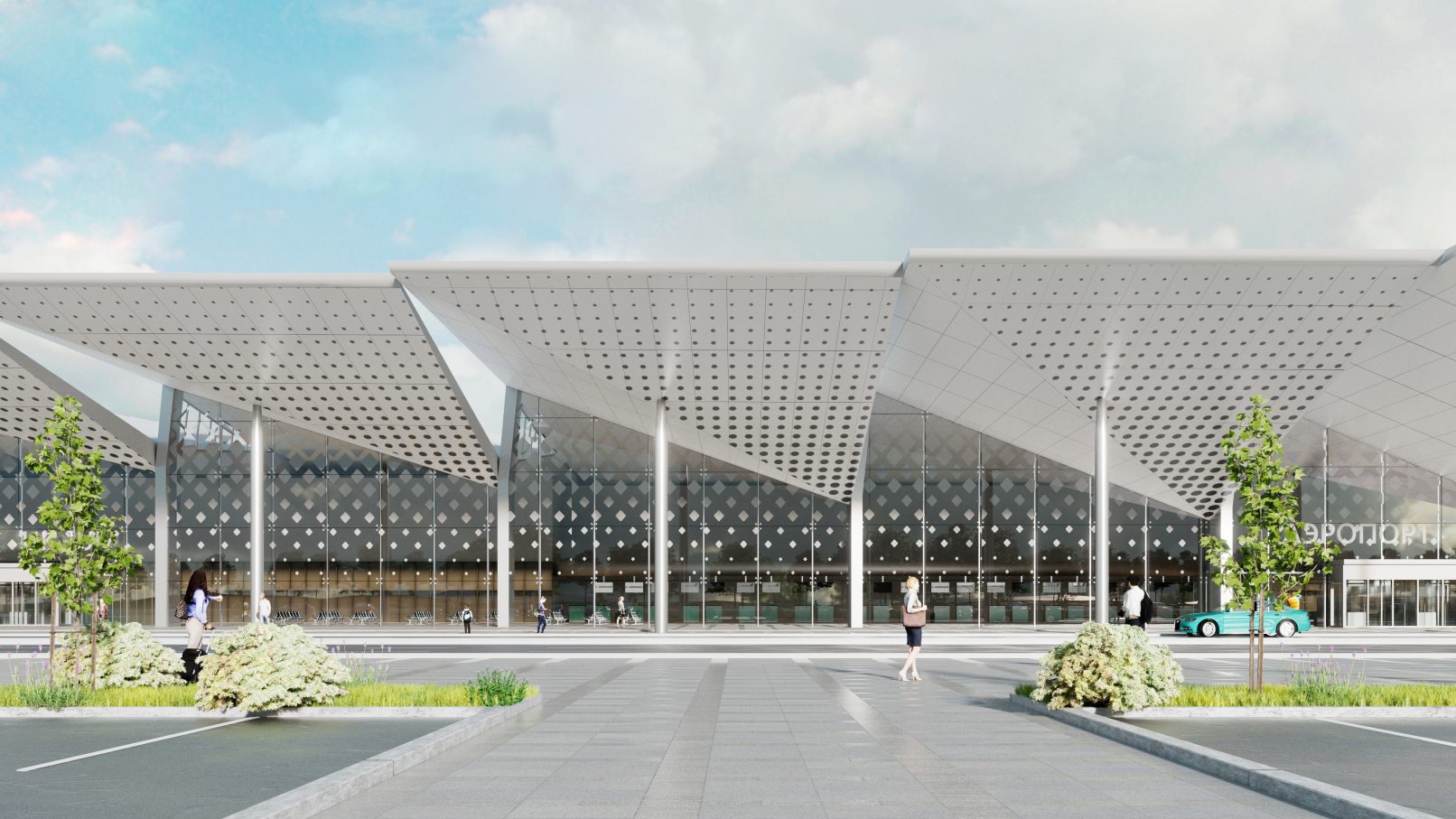 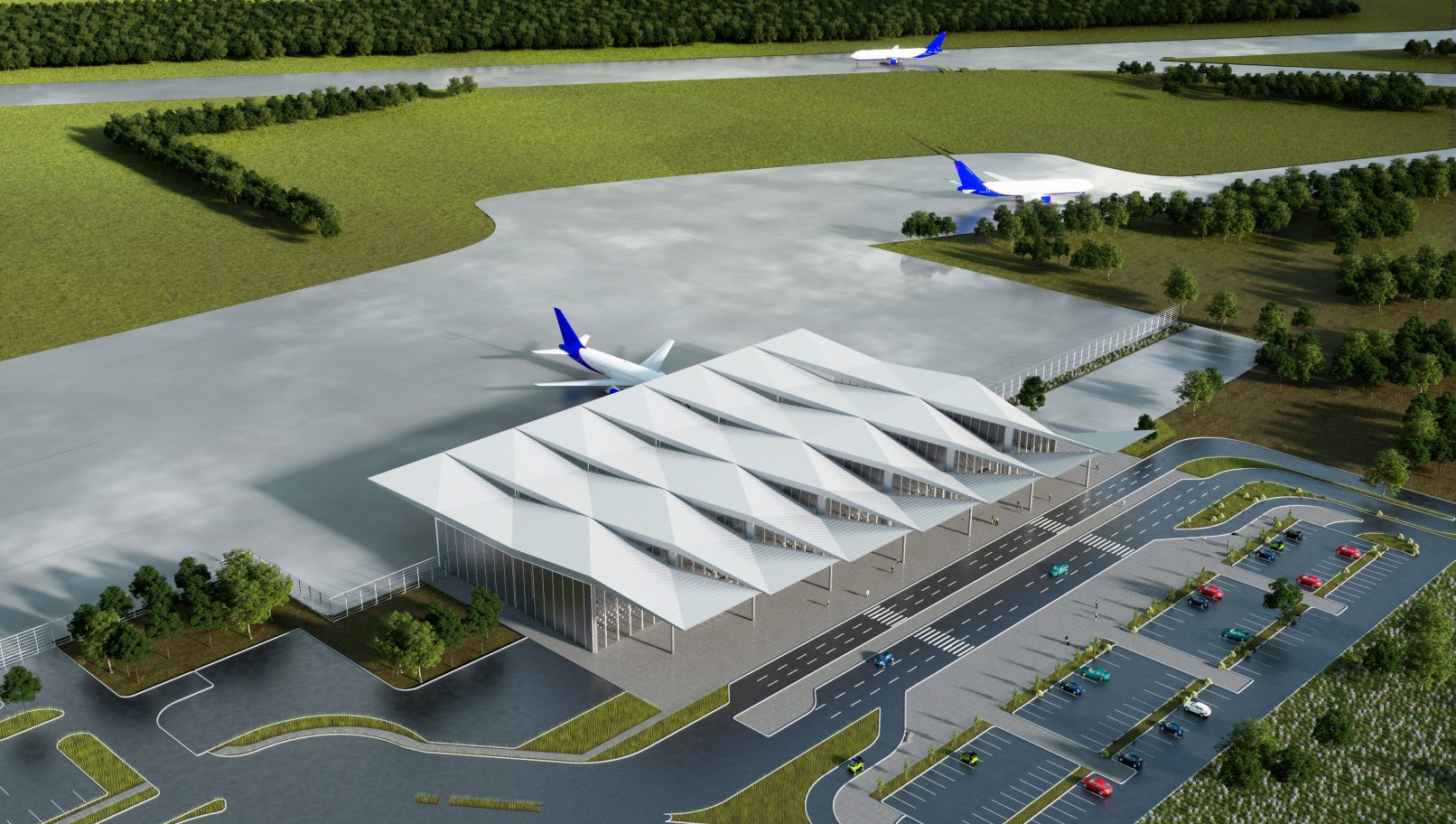 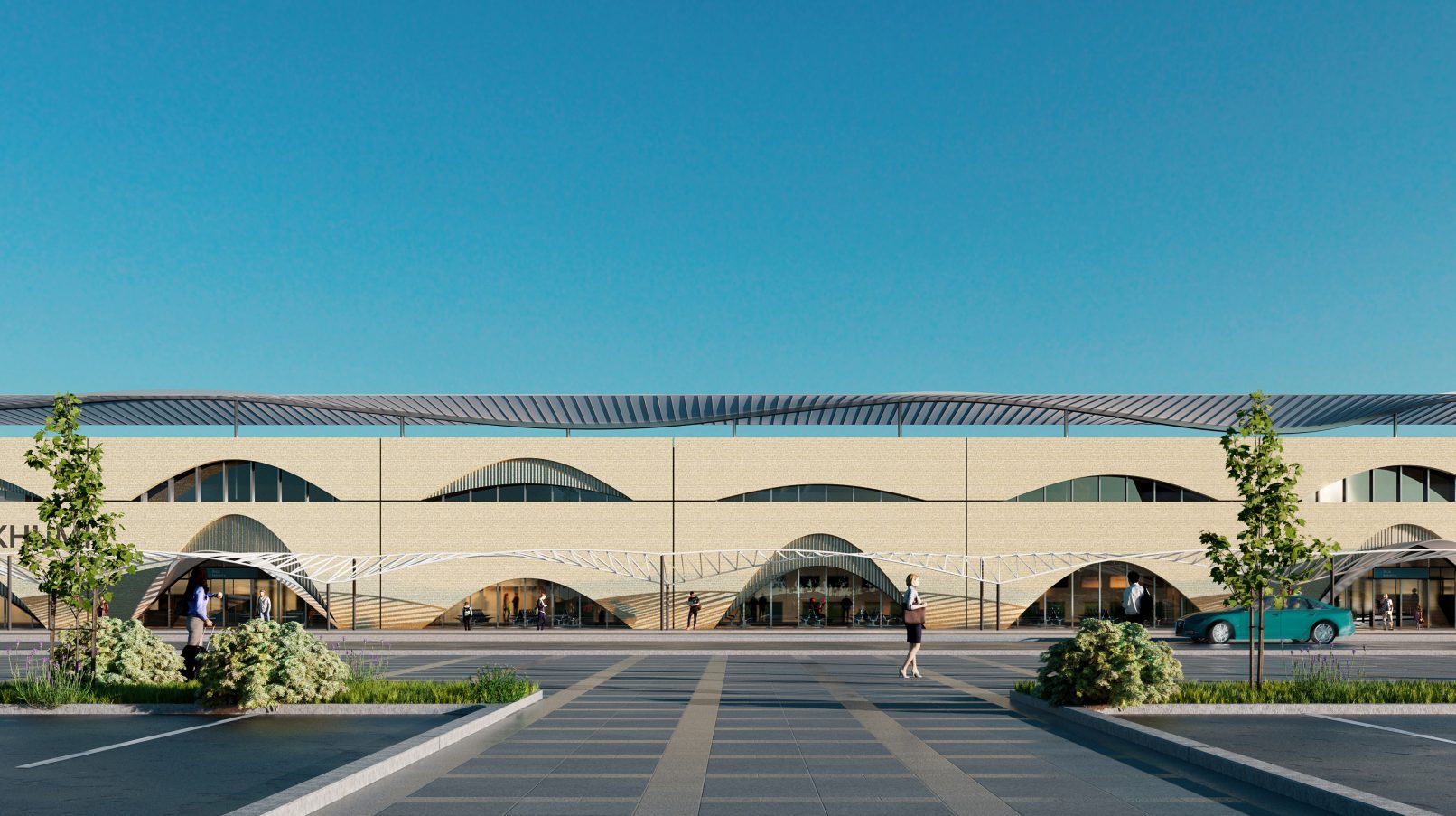 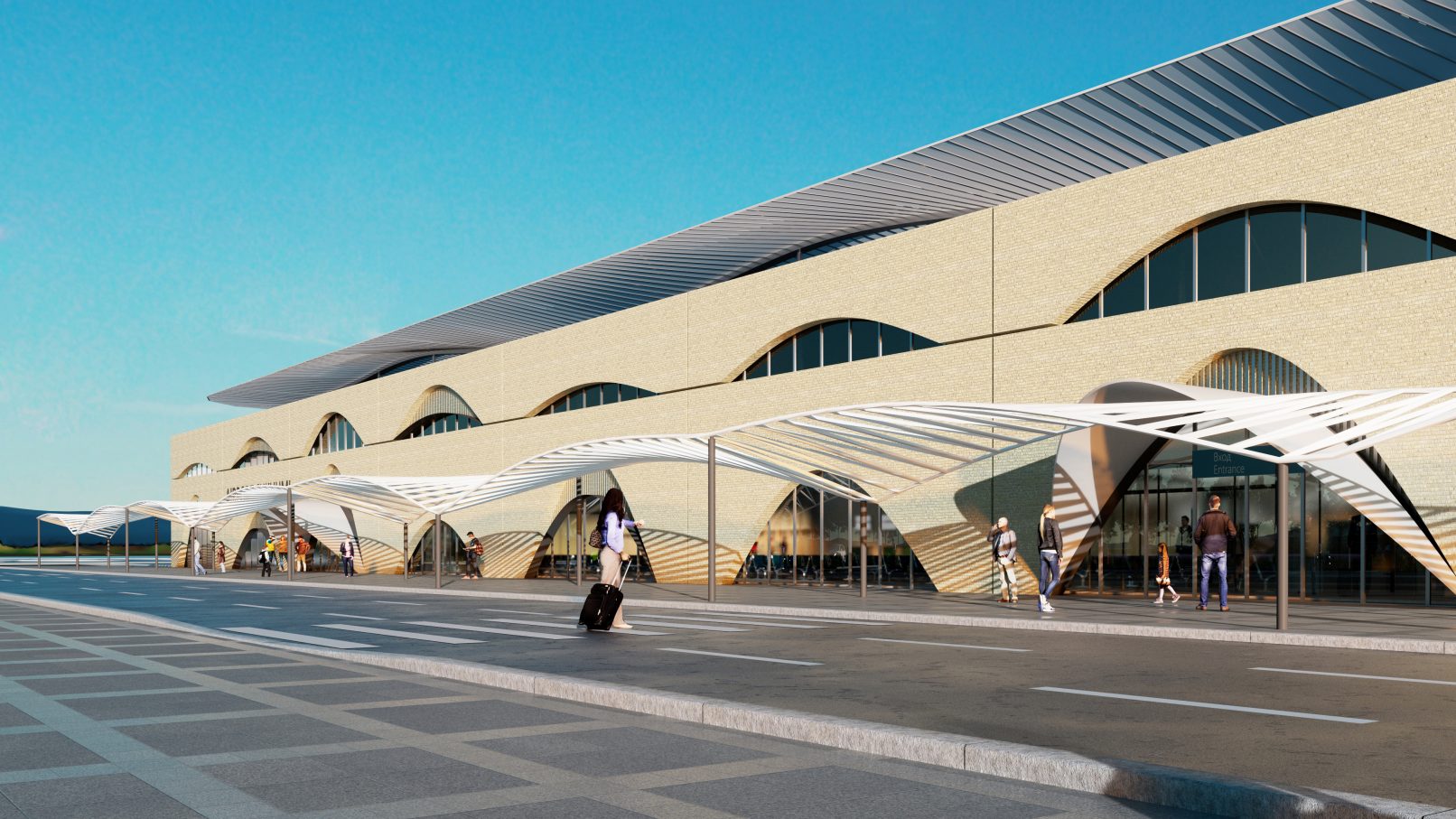 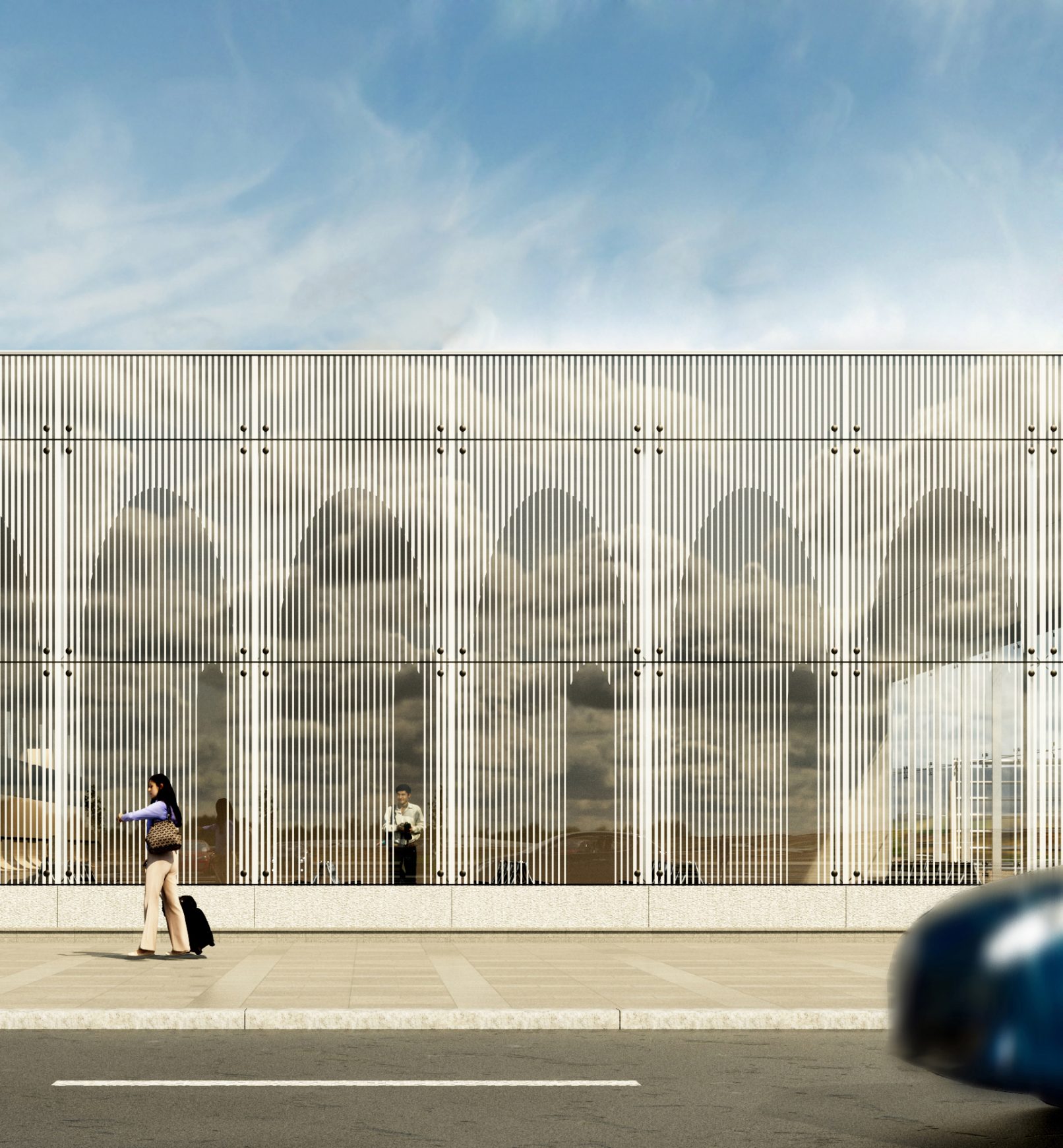